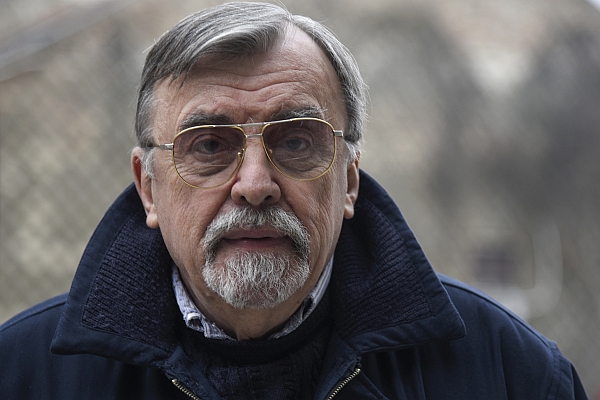 From Wikipedia, the free encyclopedia

He graduated from the Faculty of Dramatic Arts in Belgrade, was the Fulbright Visiting Scholar at the University of Southern California in Los Angeles and New York University, NY and postgraduate at the UN University of Peace in Belgrade.

Since 1966 he published a number of books and studies, lectured at universities in Serbia, USA and Europe. He was awarded "Golden Pen for Film Criticism" and "Golden Pen for the Best Book on Film" of the Belgrade Film Institute (for the book Čitanje svetla /Reading the Light/).

He was the Head of the Film Museum of the Yugoslav Film Archive /Jugoslovenska kinoteka/ in Belgrade. He is a member of the European Film Academy, member of the Presidency and the President of the Board of filmology and film history of the Serbian Academy for Film Arts and Sciences.

He was a winner of the Plaque for an outstanding contribution of the Yugoslav Film Archive, Charter of the Belgrade Film Festival, Filmmakers Guild Award for filmological contribution etc.[2]

As a film director and scriptwriter he made over a hundred of feature and documentary films and TV projects. He won the Annual Award of the national Television of Serbia for his TV serial "Yugoslavia in War 1941–1945" and Special Award of the Jury at the "Golden Knight" Film Festival in Moscow for his documentary "A Truth of March 27".

His theatrical plays Pivara, Selektor, 1918 and 1968 were performed on the scenes in Belgrade and Serbia.[3] He won the "Branislav Nušić" Award of the Association of Playwrights of Serbia for the Pivara, and for 1918 he was awarded the "Joakim Vujić" award for the best drama at the festival of professional Serbian theaters of the same name.

He lives and works in Belgrade.